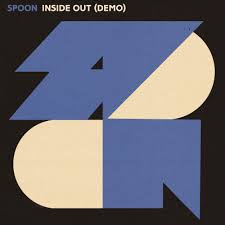 Album: (Single)- Inside Out (Demo)

Spoon has released a demo version of their most popular song, “Inside Out” which was off the album They Want My Soul from 2014. The original version of the song is 5 minutes however the demo is just shy under 2 minutes, so it is not the complete song. To a random listener, they may be underwhelmed by this stripped down demo featuring a single voice and piano. However, to a dedicated Spoon fan, I am sure their reaction would be different. Demos are an interesting thing for an outsider, like myself to this band, to review because I feel as though it is a more personal experience for the listener than a regular track that one may hear on the radio. After listening to both the newly released demo and the original version of the song I can say I prefer the original version. If one is a fan and loves the voice of the lead singer then I am sure they would have a better time listening to the demo, but for me it was nothing special.

View all posts by Caroline E